WARD OFF COLDS AND FLU IN THE KITCHEN

You’ve stocked up on over-the-counter medicine, have had a flu shot and have been dosing yourself with stupendous amounts of vitamins, yet those nasty cold and flu symptoms are still knocking on the door! Can one ever win against these pesky, debilitating viruses in the cold months?

The good news is yes! And contrary to popular belief warding off colds and flu doesn’t just lie in your medicine cabinet. When it comes to prevention methods against colds and flu, your pantry and fridge hold some notable power. Now that’s food for thought!

It’s common knowledge that fresh fruit and vegetables (especially those packed with Vitamin C) are crucial in supporting your immunity against colds and flu. However, there are numerous other foods that can further compliment your flu-fighting efforts.

Carrots
These beauts don’t just give you beautiful eyes, they are also rich in beta carotene and vitamin A, which helps repair an impaired immune system. Try them raw, lightly steamed, roasted, and even in soup!

Garlic and onion
These two amazing vegetables contain potent oils that have an anti-microbial action and therefore may help protect against bacterial and viral infections. They also play a probiotic role by supporting good gut health and thus promoting the growth of healthy bacteria. If garlic breath is a bit of a turn off for you, consider trying fermented black garlic which doesn’t have the unfavourable odour of regular garlic, yet twice the potency.

Salmon, tuna and mushrooms
What do these three foods have in common? They are all rich in Vitamin D which is essential for overall health. Studies indicate that people that have a Vitamin D deficiency are at greater risk of infection.

Eggs
You’ve heard about an apple a day keeping the doctor away right? Well eggs are believed to have similar powers. Whether scrambled, poached, boiled or as an omelette, eating a few of these will give you a dose of selenium, which helps in keeping your immune system and thyroid working well. They are also high in protein and amino acids, with the latter known to stimulate the immune system, which can help defend against colds and flu.

Oats and barley
These grains are rich in a water-soluble fibre called beta-glucans, which are known to increase the number and the function of protective immune cells.

Yogurt
Yogurt with live cultures is believed to boost the immune system as it assists in maintaing a healthy gut, acting as a probiotic.  Yogurt also contains protein which is vital to build and repair body tissue and fight viral and bacterial infections. Furthermore, immune system cells and antibodies also rely on protein to function effectively.

Broccoli
Eating just one serving of this green vegetable will not only provide essential Vitamin C and E, it will also ensure you get a good dose of calcium and fibre. Have it raw, steamed or in a soup.

Spices
Ginger has a multitude of healing properties and is especially effective against warding off colds and flu. Not only does it help accelerate the production of mucous, it also helps in making a protein called interferon that fights viral infections. Other spices which have proven effective to combat the influenza virus are pepper and horseradish which helps to break up congestion. 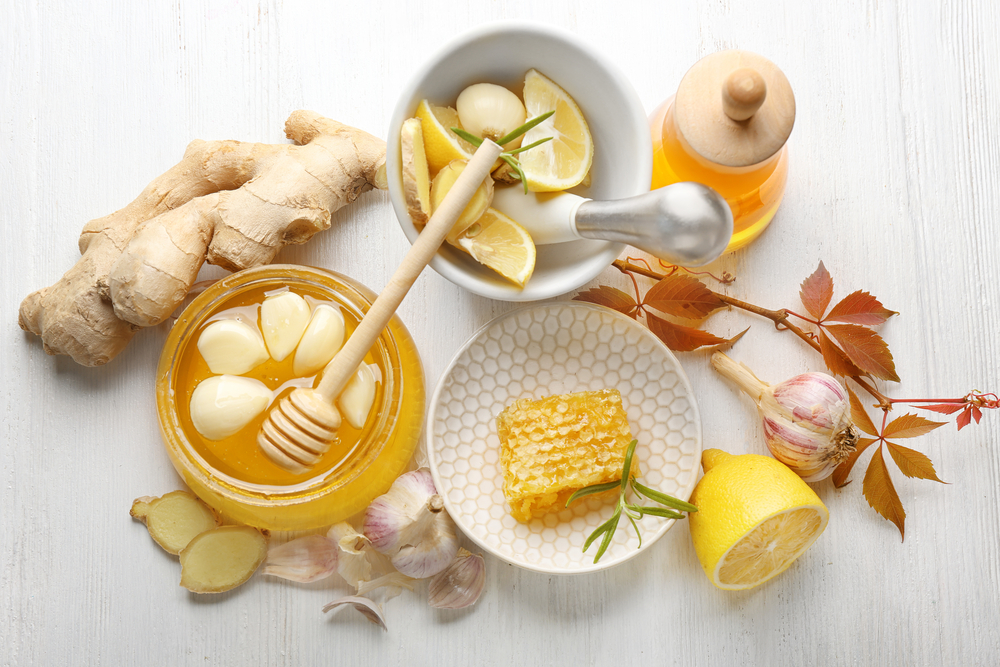